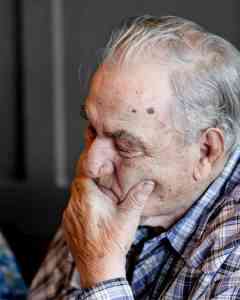 Last week we talked about the coming wave of baby boomers to long-term care as one of the reasons for the focus on person-centered care in the CMS requirements and how those new requirements affect the five-star quality rating system. Diane, I’d like to talk a little bit more about the rating system.

First of all, what is it?

In a nutshell, the primary purpose of the rating system is to give residents, their families and caregivers an easy way to understand assessment of nursing home quality. Consumers can make meaningful distinctions between high and low performing nursing homes according to their scores.

So, it’s like a report card to help people compare apples to apples when deciding which nursing home communities to consider?

Right. The CMS put that information on their website and can be found at Nursing Home Compare at Medicare.gov, where you can search and compare nursing homes. Each nursing home has one overall rating that’s made up of separate ratings from data collected about their health inspections, staffing and quality measures. Five-star rated communities have quality above average, one star communities have quality below average.

The health inspection rating contains information from the last three years about on-site inspections, including both standard surveys and complaint surveys. The Health Inspections component is based on nursing home deficiencies that have been identified during annual surveys. The outcomes of these inspections are critical since it accounts for over half of the overall rating.

What does it include?

It includes the number (“scope”) and severity of problems, how many times it took to document correction of deficiencies, and the actions taken by nursing homes to correct deficiencies and/or complaints. CMS gives greater weight to deficiencies that cause “immediate jeopardy to resident health or safety” when determining each nursing home’s score, particularly when the infractions are widespread and not just isolated incidents. CMS totals the points for facility revisits and scope and severity for each of the previous three years. After applying weighting factors – with the current year counting the most and less weight applied to the prior two years’ results – the score is determined.

The outcomes of health inspections are critical since it accounts for over half of the overall five-star rating.

Sounds like you need assessments and surveys that accurately record problems, investigate those complaints, and lead to the creation of performance improvement projects to correct those deficiencies.

That’s one of the things we review when we do a comprehensive report card on a community’s nutrition and dining services. What tools are the nursing home using to identify opportunities for improvement and correct the issue?

For instance, we have an assessment called Dining Checklist for Federal Regulations that covers thirty nutrition and food service requirements, each identified by a new F tag number. Requirements like frequency of meals, assistance at mealtime, dignity, positioning, and others. At the bottom of the page, you tally the success rate for meeting requirements based on potential violations. There is also a section for identifying possible areas of improvement with space to explain why a regulation isn’t being met. We also have a resident’s dining satisfaction survey designed to start the conversation regarding any diner’s complaints about meal services.

So, it’s important to have surveys and assessments that identify complaints and deficiencies?

Sure is. Since the score of the annual inspections accounts for over half of the overall rating. As I said, it’s one of the things we look at when we do a report card assessment.

What about the staffing rating? How is that determined?

The staffing rating contains information about the number of hours of care provided, on average, to each resident each day by the nursing staff. This helps potential residents see how many hours the staff dedicates to each person living there. Obviously, the more attention a resident receives, the better the rating.

What about quality measures?

The five-star rating system has been around since 2008, but in July 2016, the CMS made several changes to the quality measure domain.

What can you tell us about them?

Rather than me tell you, let’s get them straight from the horse’s mouth, so to speak. This is from the CMS technical user’s guide on its five-star quality rating system.

In July 2016, the Centers for Medicare & Medicaid Services (CMS) made several changes to the quality measure (QM) domain of the Five Star Nursing Home Quality Rating System. These include the addition of five new measures and several methodological changes. The new measures are:

These measures greatly expand the number of short-stay measures used on Nursing Home Compare and add important domains not covered by other measures.

The methodological changes introduced in July include:

Again, it looks like accurate documentation is a major factor in the rating system.

That’s why we look at the community’s documentation process to see if it’s been geared to the new CMS requirements. But what we haven’t talked about yet is how below average ratings can affect the bottom line of your skilled nursing facility. That’s a topic that’s extensive enough to warrant its own post.

Sounds like a great plan. In our next post, we will discuss how you could lose referrals – and income – one star at a time.

Gail joined BSN Solutions as a Regional Director in March of 2013. Her role is to promote the adoption of the new dining standards and person-centered dining throughout the communities serviced by BSN Solutions. She also recruits, coordinates placement of, and supports the dietitian consultants who work with BSN Solutions in its client communities. Gail has a vast 30+ year background in long-term care, having worked within skilled nursing and rehab centers in clinical and management capacities. She holds a Master’s degree in Healthcare Administration as well as a Bachelor of Science degree in Human Nutrition.
View all posts by Gail Douglas →
This entry was posted in Person Centered Dining. Bookmark the permalink.